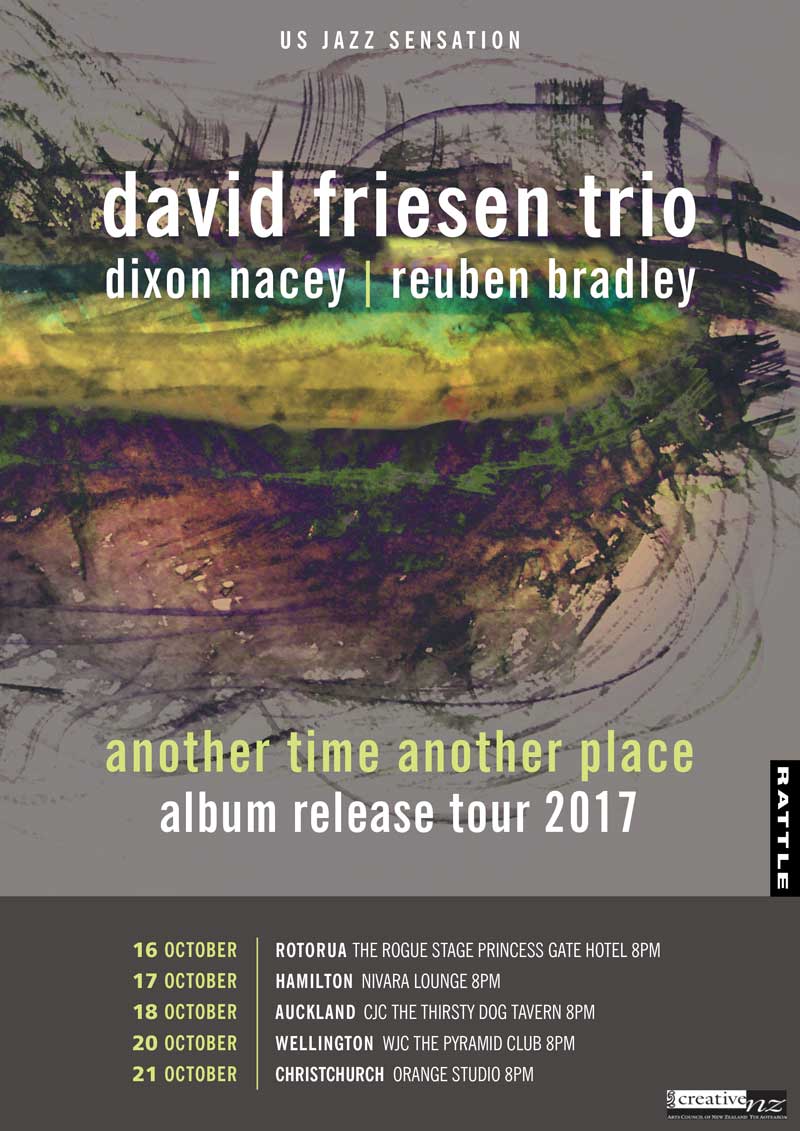 “Once in a great while, a musician emerges with such authority and such seemingly effortless originality that his place in the front ranks of his instrument is unquestioned. So it is with David Friesen.” Nat Hentoff

“David Friesen is doing for the bass what Pythagoras did for triangles.” Patrick Hinely/Jazz Magazine

October 2017 sees David on tour around New Zealand, promoting his latest album “another time another place”, recorded live at the Creative Jazz Club (Auckland) in 2015, released through Rattle NZ. Accompanying David are band mates Dixon Nacey (guitar) and Reuben Bradley (drums), both acclaimed musicians in their own right.