Fire – and the dawn of creativity 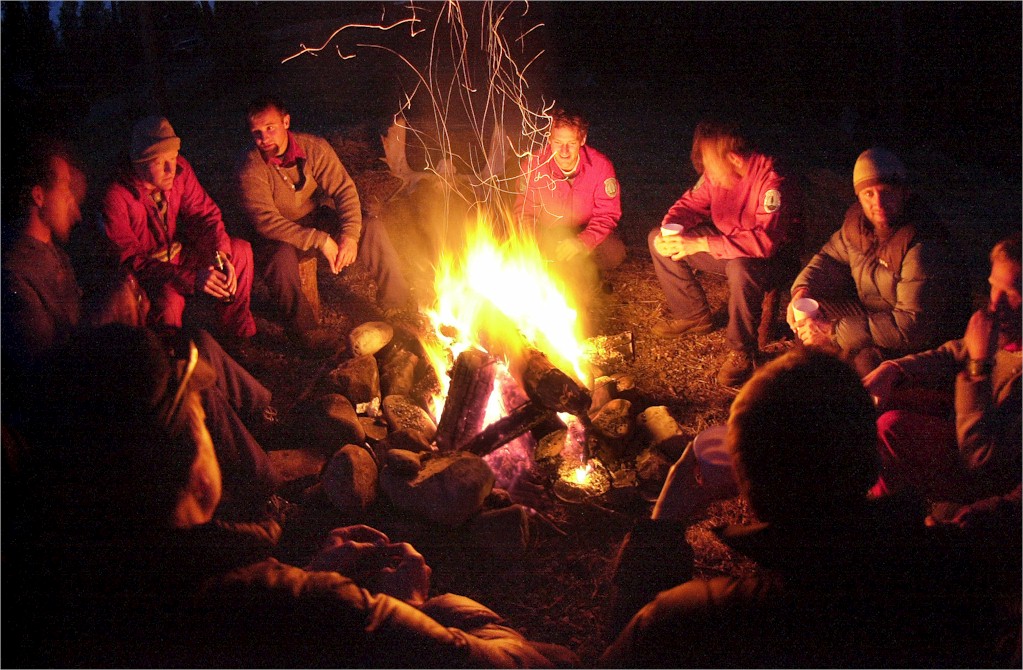 29 May Fire – and the dawn of creativity

Posted at 15:57h in Marc's Blog by Jen Hinitt
Share

It’s that time of year again when many of us are already lighting fires to soften the onset of winter. As ours flickered into life again recently I pondered on our primal connection to fire.

Apparently, human beings have been working with fire for over a million years, so even in the greater scheme of things, I guess you could say there’s been a long association – no surprises there.

Ash and charred bone deposits date the earliest known evidence of controlled fire by our ancestors, and as I suspected, this would trigger a major turning point in human evolution.

Not only could early humans keep warm and negotiate their caves, they could also stave off night time predators and cook their food to perfection.

Some researchers say that cooking meat had a pivotal effect on human evolution – especially brain expansion. Sure, a char-grilled steak or chicken drum-stick is easier to chew and tastes better, but more importantly, cooking breaks down fibres and makes nutrients more readily available. Scientists believe this in turn stimulated a surge in human cognition as newly freed-up calories nourished our evolving brains and physical stature.

On the cultural side of things, “socializing around a campfire might actually be an essential aspect of what makes us human,” says Michael Chazan, palaeolithic archaeologist.

It’s seems generally accepted that modern humans arrived on the European scene about 40,000 years ago from Africa, just as the Neanderthals were walking off. And recent discoveries indicate that the new arrivals – our early ancestors – were quite a sophisticated bunch really.

Researchers in France have even uncovered what may be the humble beginnings of the interior decorating trend in Europe when stumbling upon extensive engravings over a limestone ceiling. These first modern humans were obviously keen to deck out their new digs in style.

There’s also newly-found archaeological evidence that they probably spent their evenings sitting around a campfire playing the flute and singing songs.

In 2008, two flutes discovered in a cave system in Germany – one crafted from mammoth ivory, another from bird bone – pushes back the date some scholars claim to be the origins of creativity to around 40,000 BC. 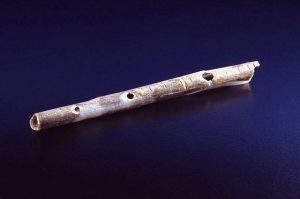 Anthropologists suggest an explosion of innovation occurred around this time, including the rapid rise of graphic and sculptural arts.

Interestingly, alongside the unearthed flutes was a tiny statuette of a woman. Possibly a pendant and carved out of the tusk of a woolly mammoth, ‘Little Venus’ is considered to be the earliest known example of figurative art. 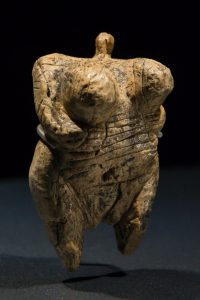 Although the oldest human art dates back a lot further, this tiny figurine is quite possibly the first piece of art to represent a woman, or indeed to represent anything at all.

For scientists, this jump from abstract to representative art is an important one, since it signals a big leap in the cognitive capacity of the human brain and demonstrates the dawn of symbolic thinking.

In a nutshell, I guess there came a point, with the help of fire of course, that everybody was warm, fed, feeling safe, and able to relax for a while to enjoy some finer creative pursuits.

Some 40 millennia later, as I’m stoking our fire, I think it’s safe to say that basically, nothing’s really changed.